This is a collection of short films produced by John Wells with Superflex and 21st Century Museum of Contemporary Art, Kanazawa, in conjunction with the 2-part exhibition “SUPERFLEX One Year Project: The Liquid State,” April 29, 2016 to March 12, 2017.

The collection consists of a documentary about (1) the making of the artwork and the installation of part 1 of “The Liquid State,” (2) several short film that played on the monitors of the museum during the exhibition of part 1, and (3) four short film documents of the artworks that were displayed in the museum during part 2 of the exhibition: (a) “The Cultivation Act” (b) “The Fermentation Act” (c) “The Kombucha Papers” and (d) a video slide show of photos by Keizo Kioku. 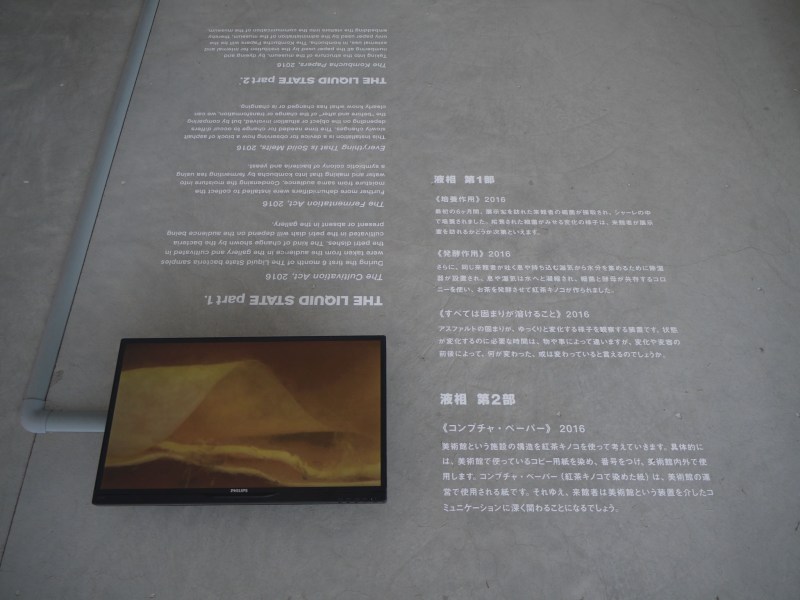 Monitor on the floor of the 21st Century Museum of Contemporary Art, Kanazawa. Video by John Wells and Superflex.